NuVenture to Launch Personal and Commercial Lines MGAs Within Next Month

Managing general agent platform NuVenture will launch two MGAs within the next month and aims to develop propositions for the UK terrorism, UK SME directors’ and officers’, and agriculture markets, CEO Andy Colbran has told Post. 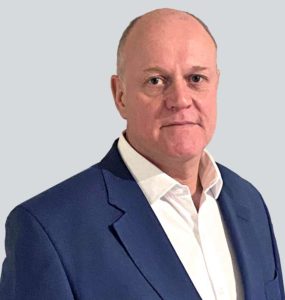 — Launched earlier this week, NuVenture will itself launch two MGAs within the next month. NuVenture will provide prospective MGA founders with start-up capital, a technology platform and centralised mid-office and back-office functions in return for a majority stake in the businesses. “NuVenture’s role is really one of an investor,” said Colbran, pictured , who was formerly managing director of Aon Underwriting Managers from 2007 to 2019.

“What we’re looking to attract are founding teams with an entrepreneurial desire to run their own business, but who probably don’t have the capital to set that up themselves.”

NuVenture aims to launch the first two MGAs on its platform within the next month. While Colbran didn’t disclose specifics around the products offered by these MGAs, he said: “One is a personal lines proposition, and the other is in a very specific niche in commercial lines.”

The two businesses have been in development for between four and six months, in which time they have been securing capital and regulatory approval, configuring their IT systems and identifying external data sources to use in underwriting their products. “Both teams have very credible, verifiable experience and expertise in those sectors at very credible insurers,” Colbran added.

Beyond those initial launches, Colbran said NuVenture has a growing pipeline of proposals it is considering as well as ideas it is developing internally, for which it is searching for underwriting expertise.

Those ideas include developing MGAs to enter the UK terrorism, UK SME directors’ and officers’ and agriculture markets.

Regarding external proposals NuVenture has received, Colbran said: “They cover a range of products and a range of territories too.” The initial two NuVenture MGAs will be based in the UK, though the company is also looking at opportunities in continental Europe.

He continued: “We’re going to be focused primarily on those where there’s an opportunity to use external data sources and use technology to create a differentiated proposition.

“The environment we’re trying to create is one that allows underwriters to focus on the areas where they add value, which is redesigning and rethinking the underwriting and rating process, and building relationships with brokers and clients.”

MGAs that launch on the NuVenture platform will have access to a cloud-based technology platform built by London-based insurtech ChainThat.

“It’s designed to be a very scalable technology platform,” said Colbran. “We can configure the products for a new MGA in weeks rather than months,and it’s fully API-enabled, so it can ingest data from external data sources and rating engines if that’s required.

“Also key is the seamless connectivity it provides with capital providers, giving them real time information and reporting, which is essential to support their own internal governance processes and requirements.”

He said that the centralised services NuVenture will provide would cover“pretty much everything other than underwriting,” including accessing data sources, capturing data, policy administration, catastrophe and exposure management, actuarial services, HR and finance. These services are to be provided by strategic partner Xceedance.

While acknowledging that current market conditions present a challenge to new MGAs, Colbran said that the model still retained an edge over what insurers are able to achieve in particular classes of business.

“The MGA model is now accepted as a part of the insurance market and that hasn’t always been the case,” he said.

“There are certainly capital constraints at the moment. Rates are good currently, so insurers can achieve their growth aspirations in the open market, and can afford to be more selective about which MGAs they support and which they don’t.

“But despite that, from everything I’ve heard and seen, the number of new MGAs starting up continues to increase despite those challenges.

“That’s driven by MGA s’ ability to differentiate their proposition through use of technology and data, which are things that are challenging for insurers to do with legacy systems and processes.” The changing dynamic between insurers and MGAs is reflected in trends around the commission MGAs receive. “Traditionally MGAs could earn very good upfront commissions from insurers, and that’s changed,” Colbran said.

“MGAs need to be prepared to sacrifice some of that upfront commission in favour of profit commission, so that they benefit more when they provide value through underwriting results to insurers.”